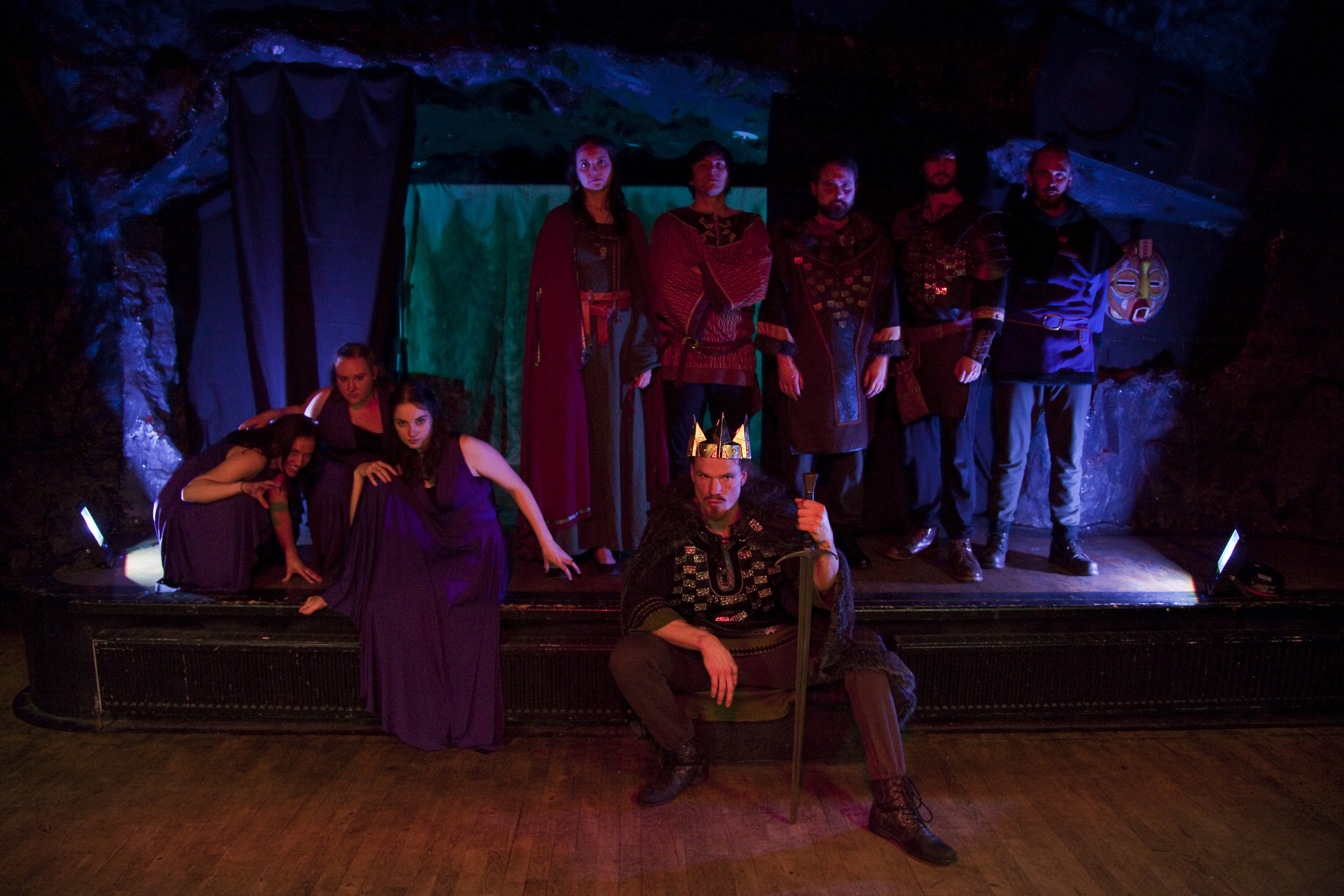 As two noble soldiers in a medieval Scottish army trudge their way home from war they encounter three witches. These oracles predict that one them (Macbeth) will be promoted to Thane of Cawdor and in time, King of Scotland and that the other (Banquo) will father a line of Scottish kings.
Macbeth is promoted to Thane of Cawdor almost immediately and they speculate the plausibility of the other predictions.

Lady Macbeth learns of the witches’ predictions and convinces a weak-willed Macbeth to murder the king so that they may rise to power.
Fearing for his life, Duncan’s son Malcolm flees to England when told about his father’s death.

As jealousy begins to plague the newly crowned king, Macbeth becomes obsessed with the other witches prediction – that Banquo’s sons will become king. He hires a group of men to murder Banquo, but when he sees Banquo’s ghost at a banquet he thinks he’s going mad and visits the witches once again for guidance.

The witches warn him that Macduff (a nobleman who opposed Macbeth’s claim to the throne) may be a threat to him, that no man of woman born can harm him and that Macbeth will be safe until Birnham wood comes to Dunsinane Castle. He returns to Dunsinane and has Macduff’s castle attacked. Finding Macduff has fled to England, Macbeth has his entire family and servants murdered.

When news of this reaches Macduff, he convinces Prince Malcolm to raise an English army, fight Macbeth and take back the crown.
As Macbeth prepares for battle he learns that the English army are advancing on Dunsinane castle shielded with boughs cut from Birnham Wood. Filled with fear he continues to fight the English forces, finally faced by a vengeful Macduff who tells the fearful Macbeth that he was born via cesarean section and as such is not ‘of woman born’.

Aware of his impending doom, Macbeth fights anyway as his castle is overwhelmed by English forces and finally he yields to Macduff’s Sword. Malcolm is crowned the rightful king of Scotland and declares his righteous intentions for his reign.

Welcome to Much Ado’s second ‘stab’ at Macbeth. This production is darker, scarier and stranger than any production we have done previously and is designed to leave a lasting impression! 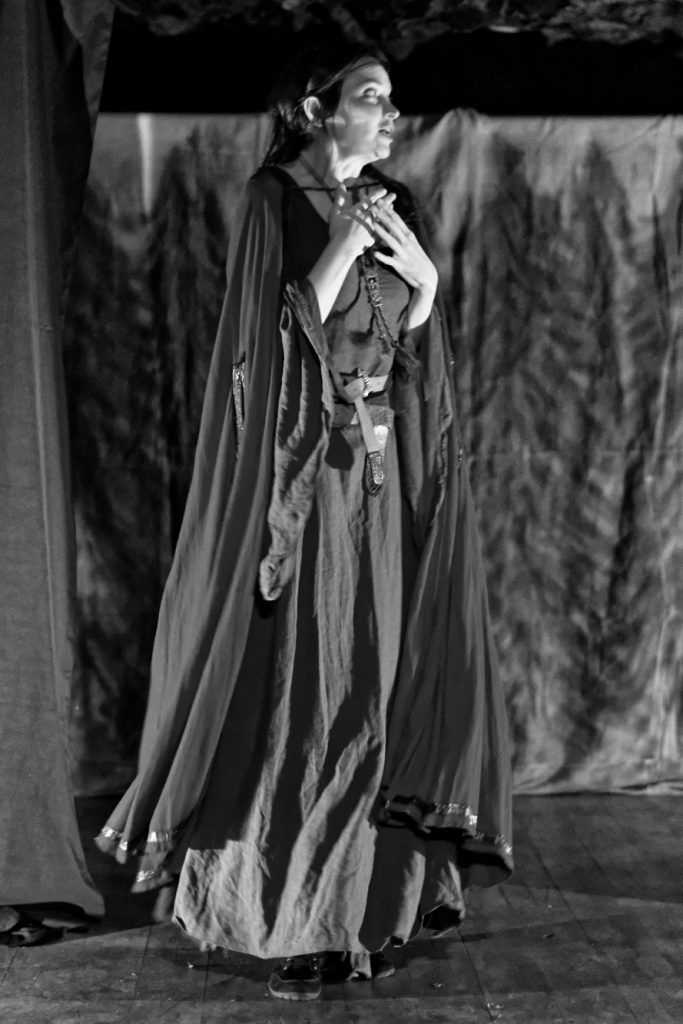 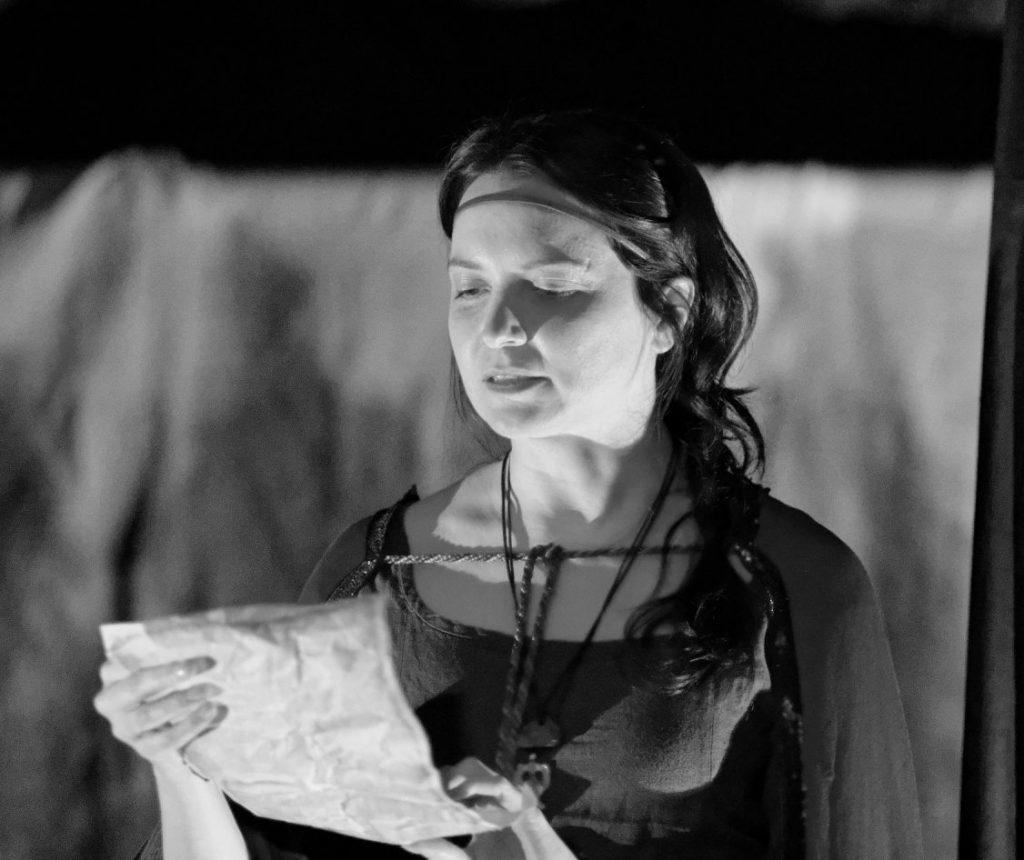 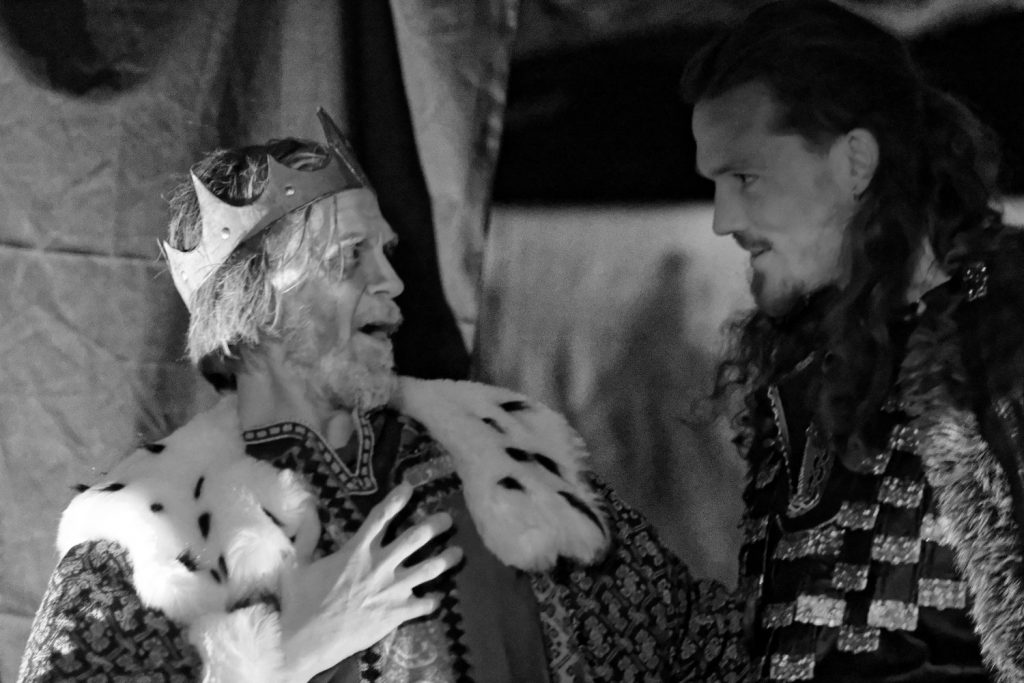 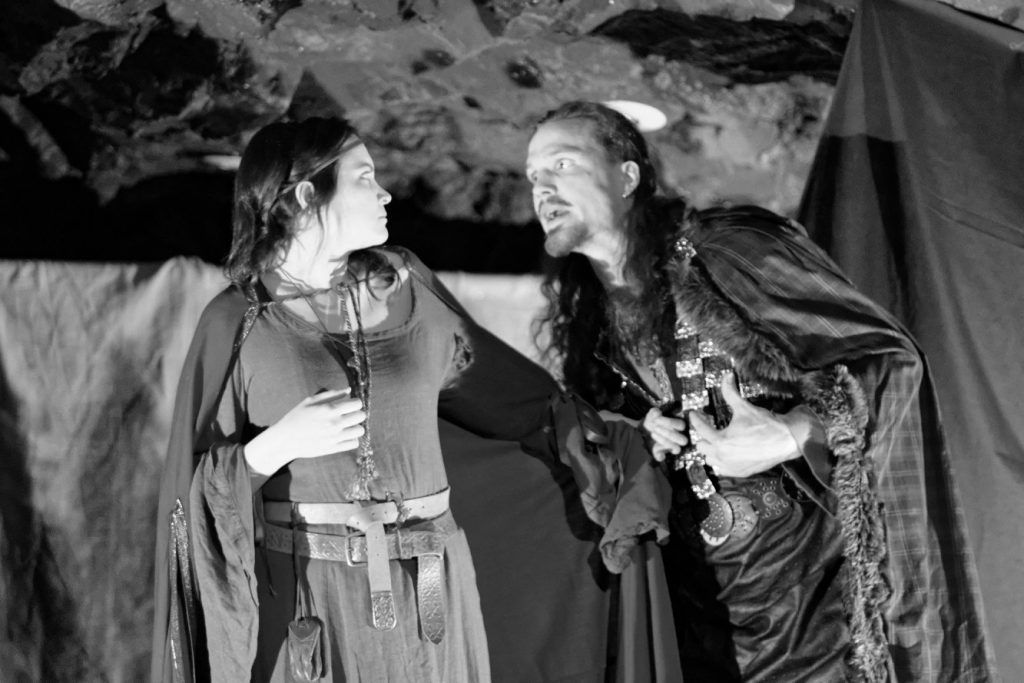 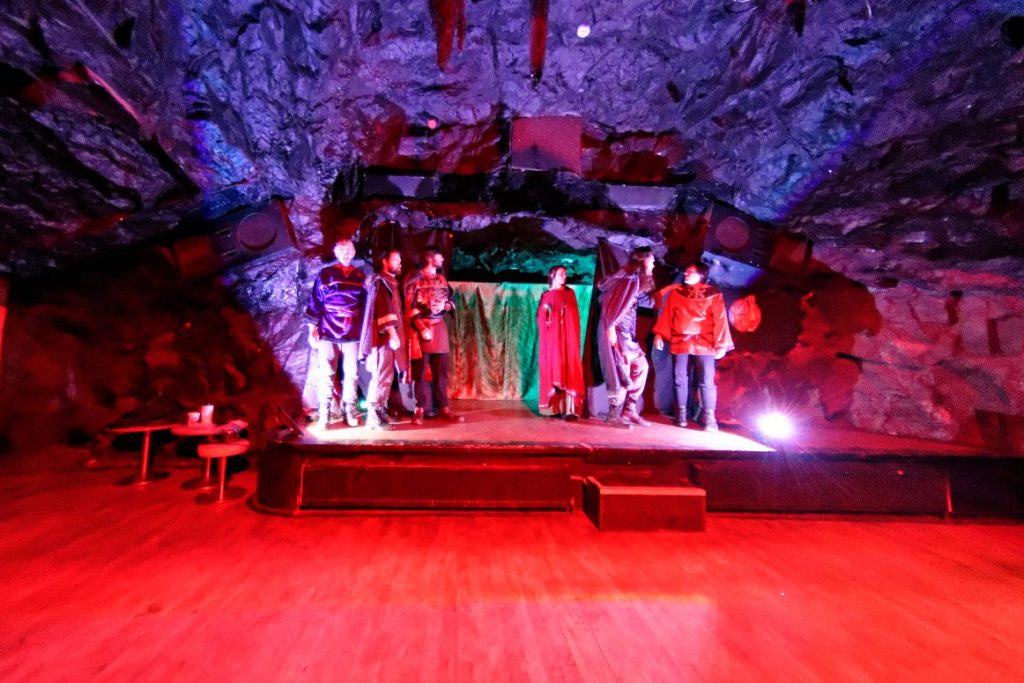 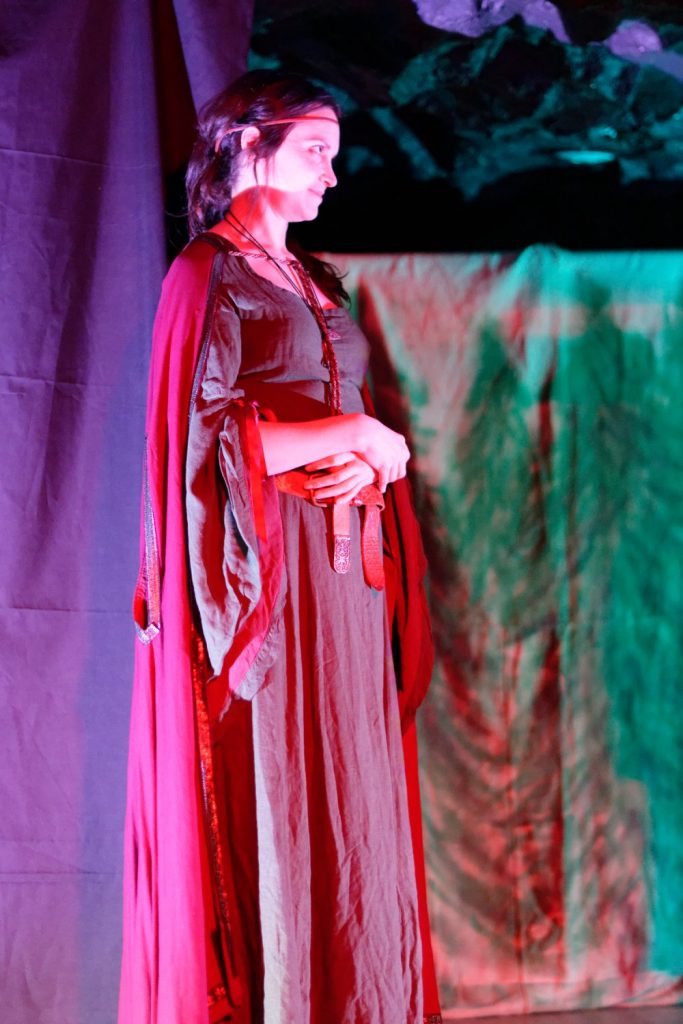 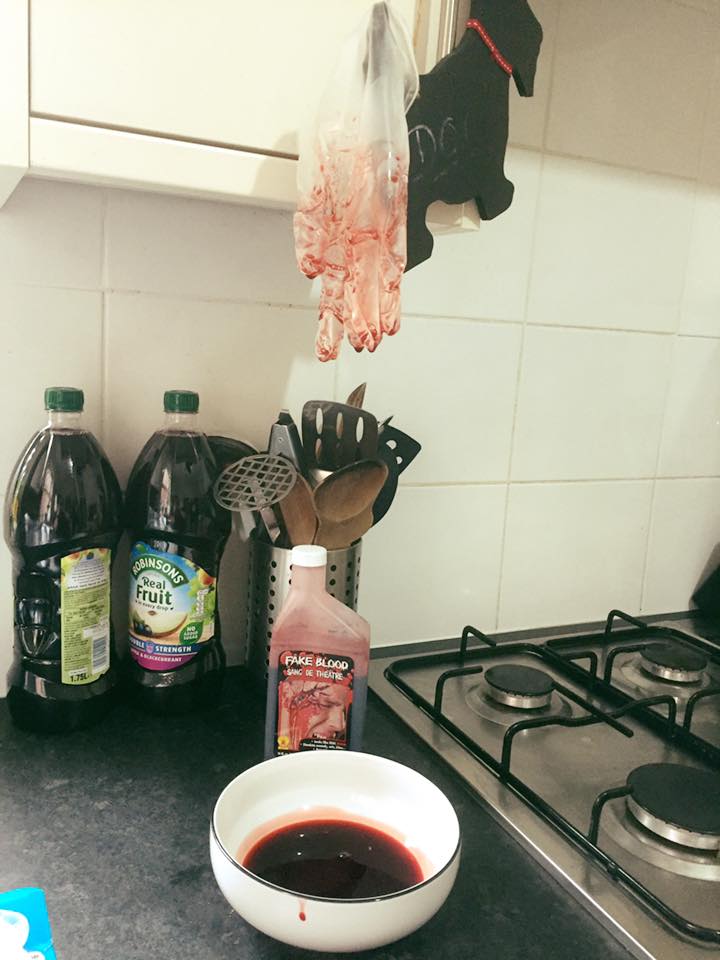 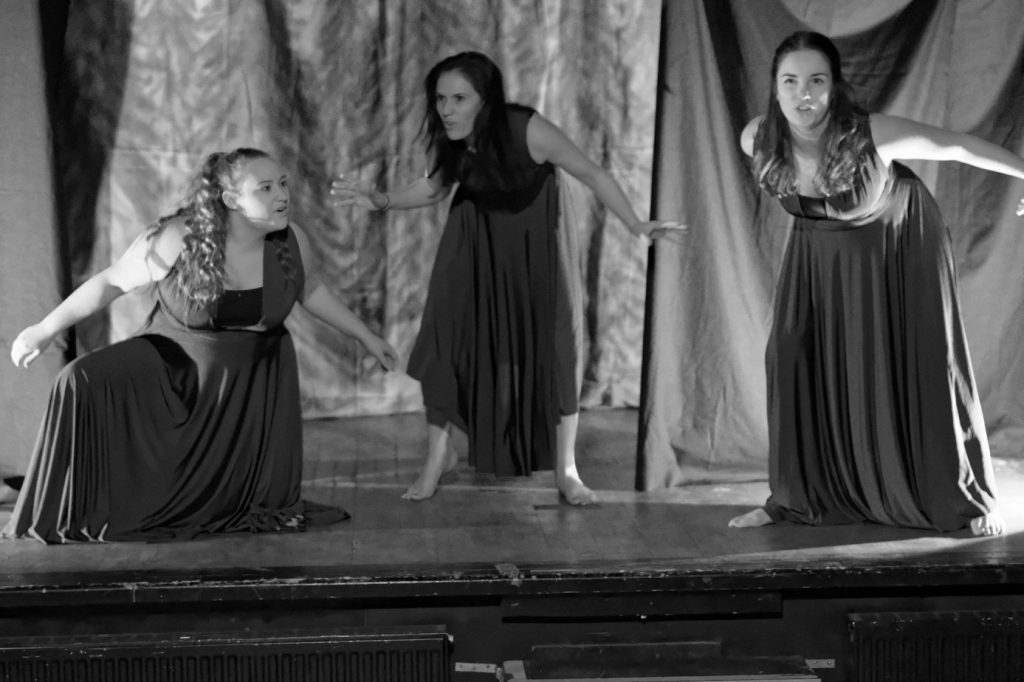 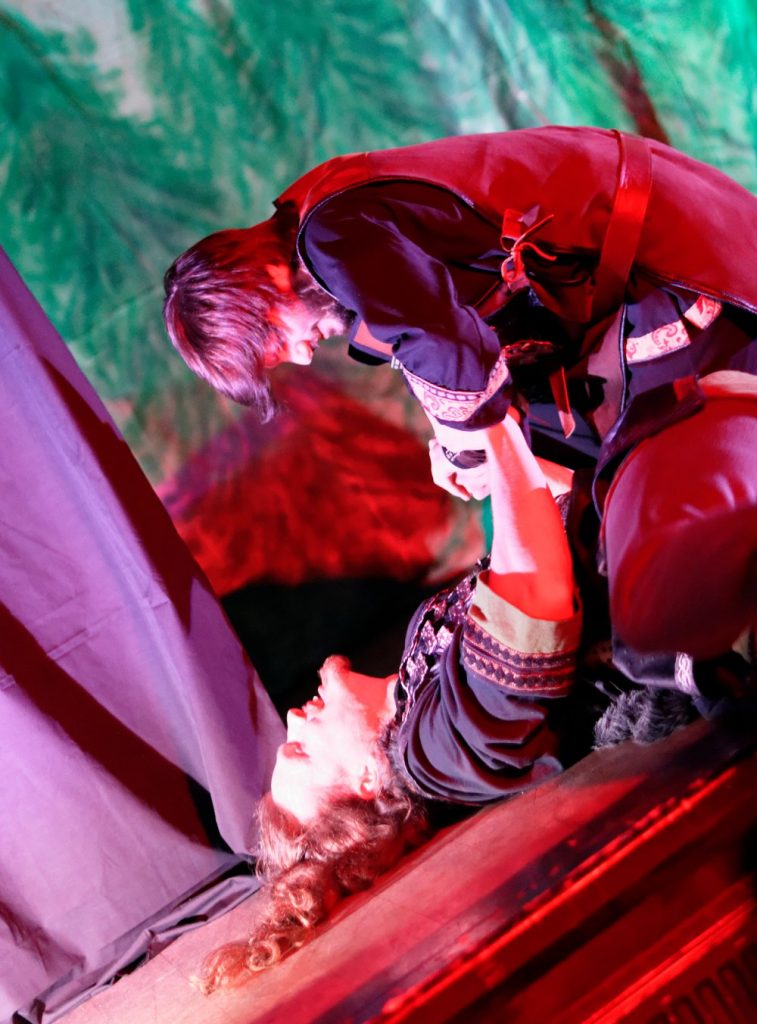 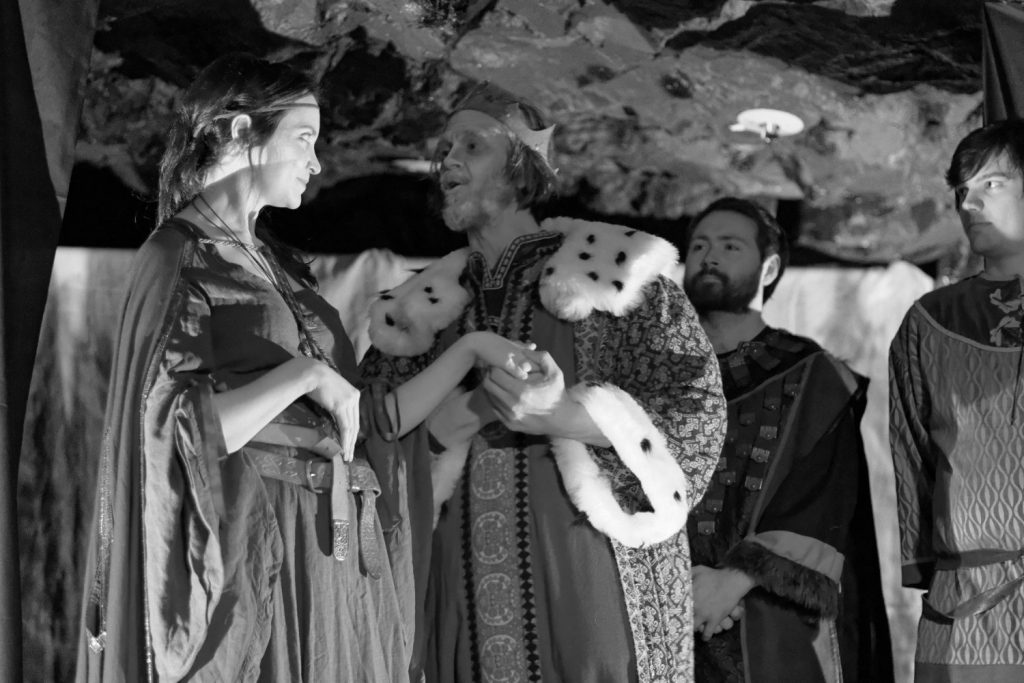 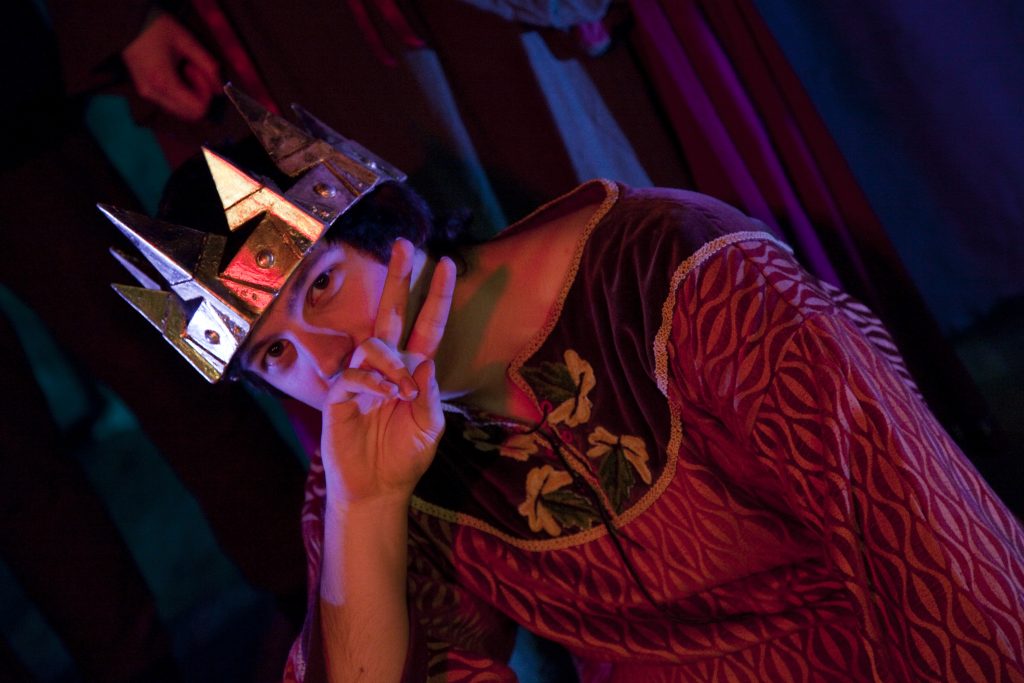 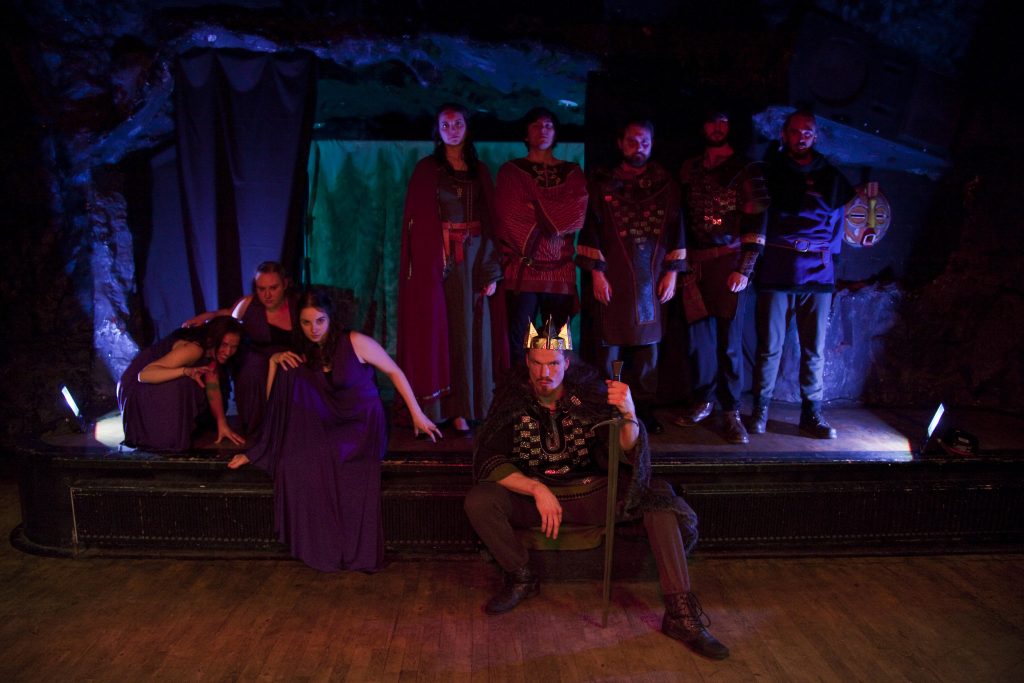 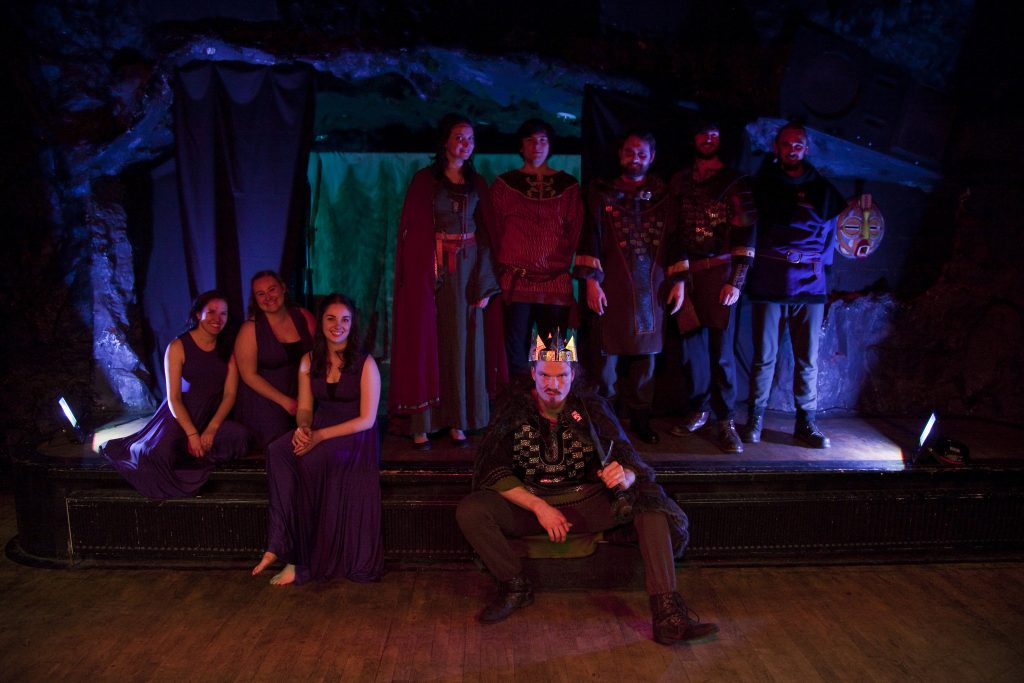 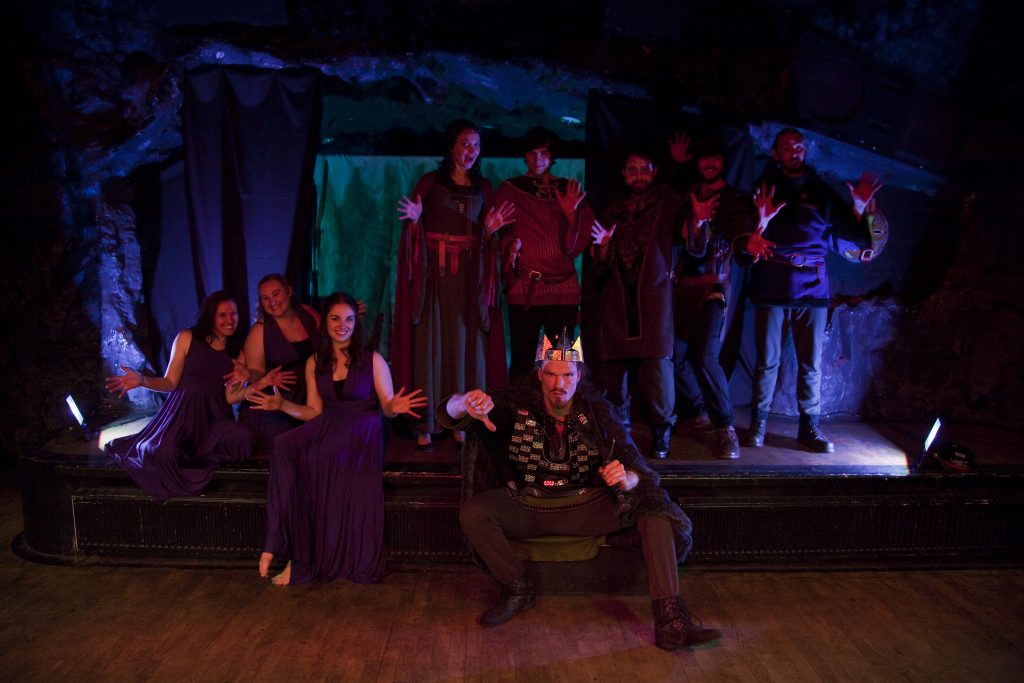 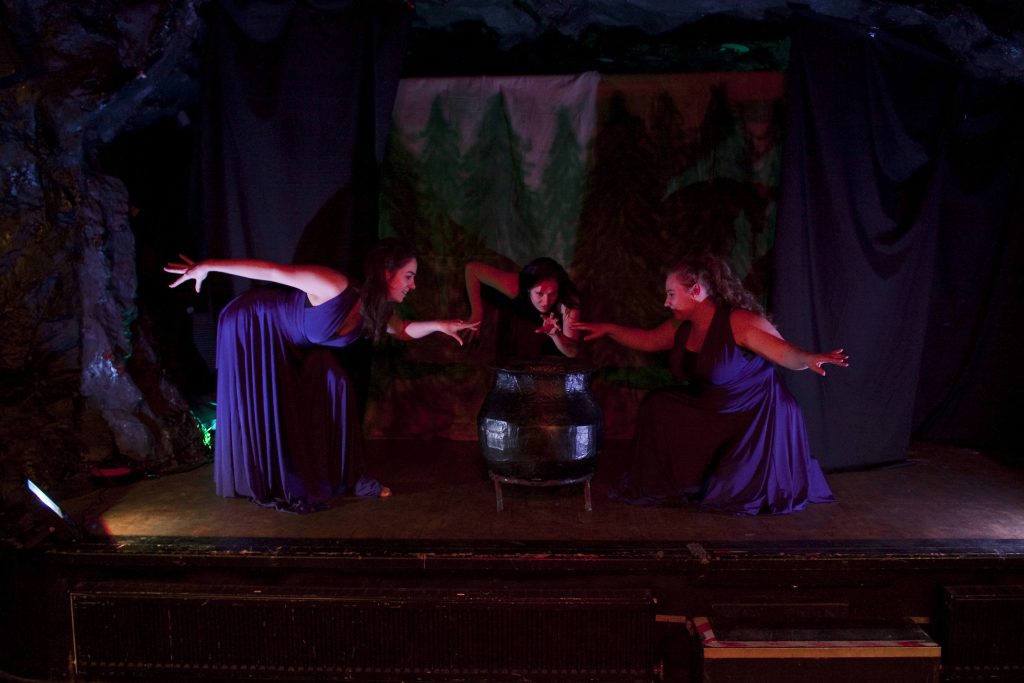 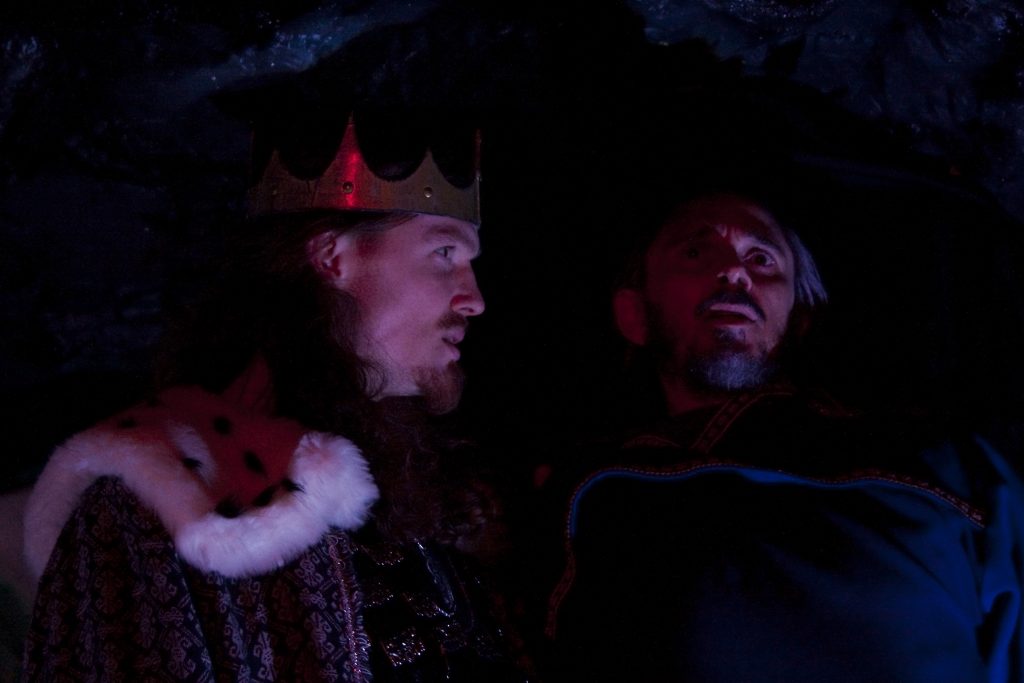 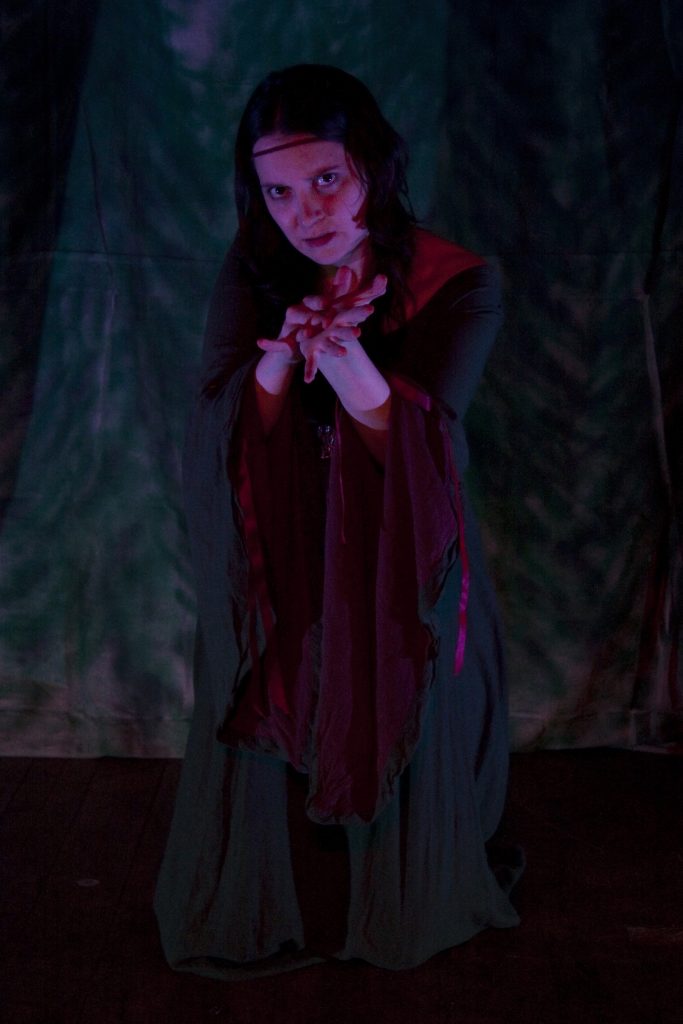 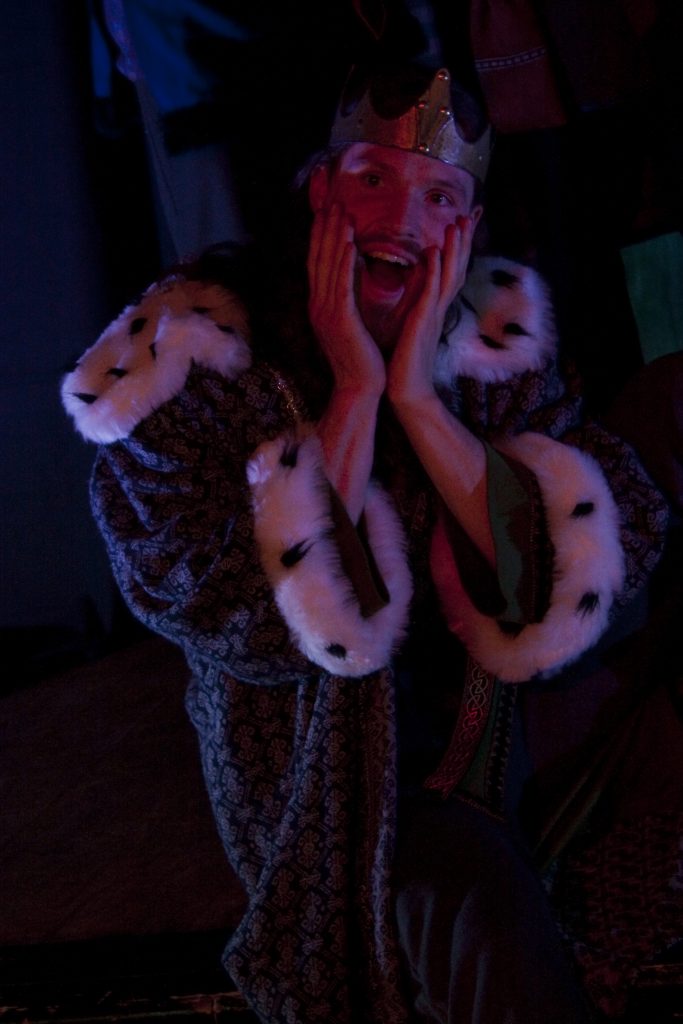 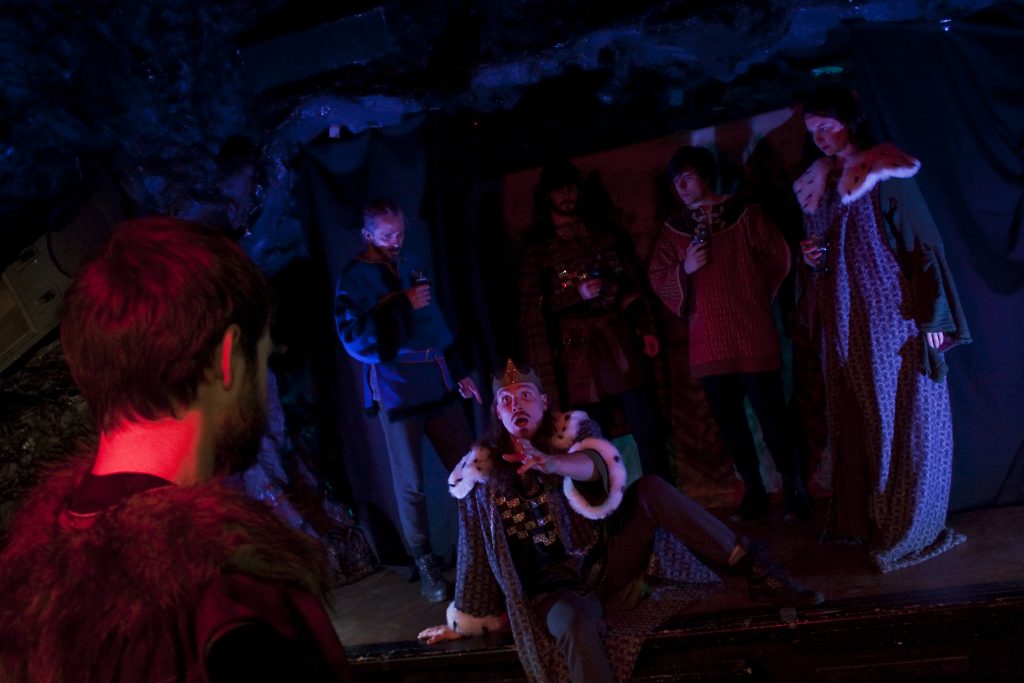 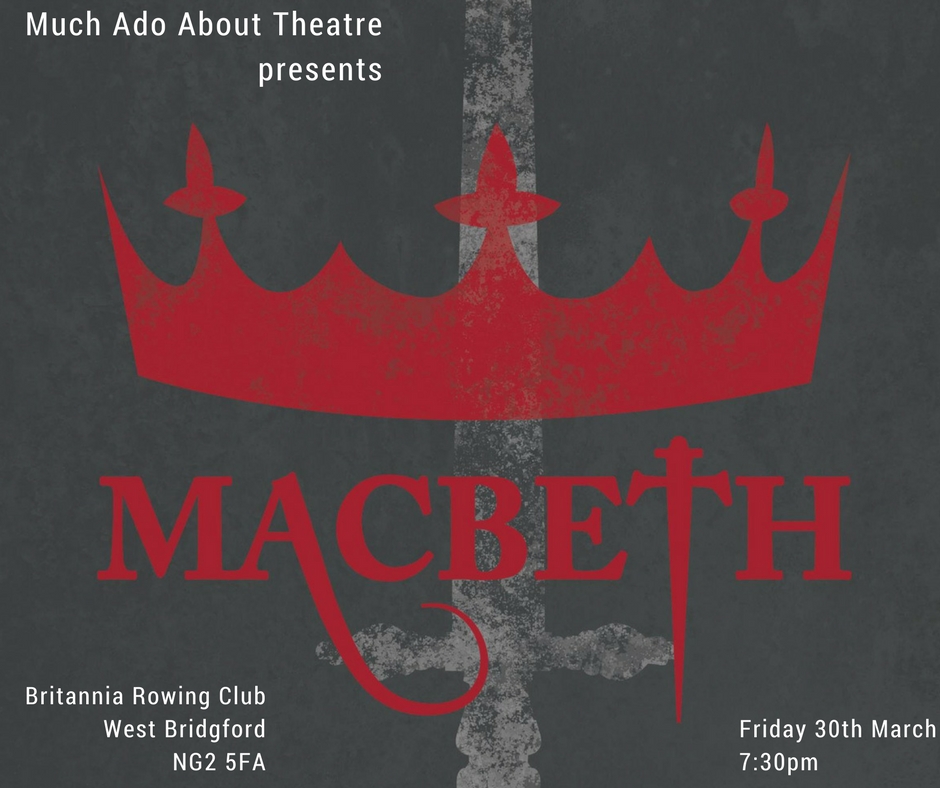